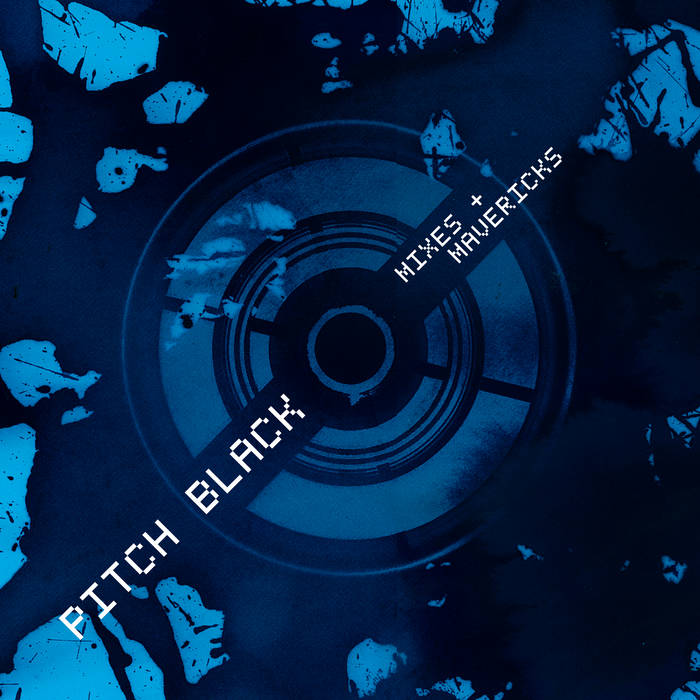 theUtmost Thanks for sharing these mixes, for me it's neck & neck between the Youth tracks #2 & #4 and the closing track, live from the shores of lake Wanaka. Aaaah the memories! Favorite track: G202 (Live at Rippon Festival 2000).

seraphimgrim excellent mixes played often along with the rest of there discography..

A sublime selection of dancefloor beats and downtempo dubs from around the globe, Mixes + Mavericks features seven remixes by Pitch Black, two live tracks that couldn’t be more different in nature or tempo, one seriously unorthodox situation (an unauthorised remix of a remix) and a track in between states, all highlighting the breadth of the duo’s sonic palette.

Whereas their previous Rarities + Remixes collection was predominantly rooted in New Zealand, Mixes + Mavericks is undoubtedly a more international affair, with all the remixed artists hailing from the northern hemisphere. Many of the connections are the result of the duo’s touring and festival appearances around the globe: they first met Gaudi at a gig in Japan, Animat and Nick Woolfson (Sounds from the Ground) at The Big Chill festival in the UK, while downtemple duo Desert Dwellers were encountered in the Californian underground.

Other connections were more straightforward: Brighton-based Ink Project (run by Kiwi Jez Lloyd) approached them to remix “The End” and Mexico’s Sudden Reverb was introduced by label-mates Deep Fried Dub. Meanwhile Mike bumped into Radioactive Man’s Keith Tenniswood (of Two Lone Swordsmen fame) while he was getting a 7” record cut.

Uber-producer/Killing Joke bass player Youth features in two very different ways. First up is Pitch Black’s pulsating dub mix of his collaboration with Italian producer Gaudi, from their Astronaut Alchemists album. Then there is his unsolicited remix of epsilon-blue’s 1999 remix of Speech, over which he added bass, beats and blessings. This mash-up lurked for years in the archive under the title of Helmsdub, but only as a corrupted mp3 file. Thankfully a little detective work discovered that, much to everyone’s surprise, it had been released as Speechless (Big Circle Flat Pain Remix) on a 2004 CD compilation. A copy was tracked down, the tune was carefully re-mastered and then correctly named.

Mixes + Mavericks also features two very different live offerings: Notting Pill is a dose of atmospheric moodiness from a rare ambient set at Notting Hill Arts Club in London, held to publicise the upcoming showcase of New Zealand music at Fabric in 2003. The banging G202, meanwhile, was captured by Andre Upston at Rippon Festival in Wanaka, NZ at the turn of the millennium, and later broadcast on Radio New Zealand. It was a track that, despite being a staple of the live show for many years, was never finished, and following software updates and data dumps, the only version that exists is this live recording.

It's a Future Dub is a similarly embryonic track – eventually it became It’s the Future Knocking, from the Filtered Senses album, but here it’s a fascinating hybrid caught midway between creation and completion. Many of the elements of its future self are present, but there is a whole lot more going on, making this a fascinating signpost on a possible road-not-taken.

Beautifully accompanied by Tim Prebble's Cyanotype images, Mixes + Mavericks is a showcase of Pitch Black’s sonic diversity as remixers and maintains the trademark production aesthetic that has won them thousands of fans and filled dancefloors around the globe.

In loving memory of Mikey Ray and Michael Harding