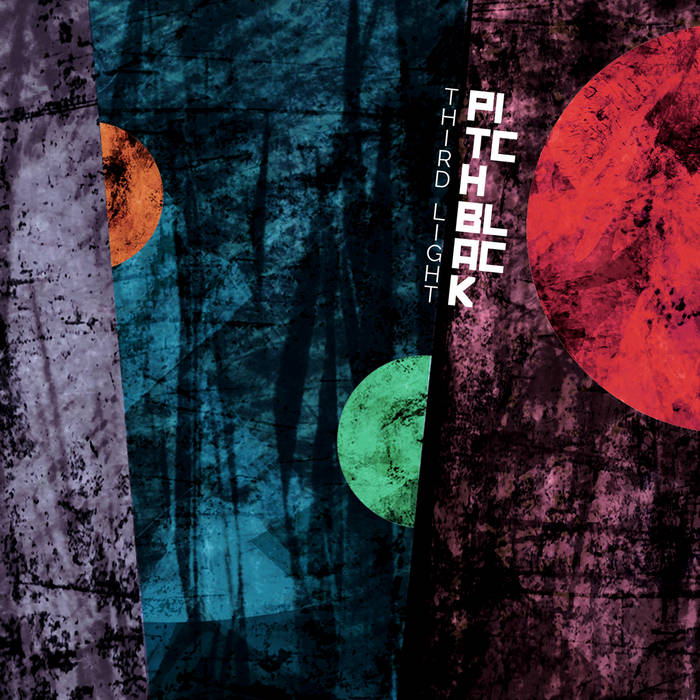 doughnuts4ever This album should come with a car speaker health warning as the bass it includes will test your car audio to its limits
So much dubby goodness mixed with frequencies that will make your arm hair stand to attention
Excellent and thoroughly recommend Favorite track: Third Light.

Pitch Black's two-decade career of fusing different musical styles is in full effect across this eight track release. Dub, downbeat, techno, drum’n’bass and cinematic ambience are all ingredients in an echo-drenched odyssey that moves the heart and mind and body, as Pitch Black’s distinctive sonic signature of deep analogue dub combines with beats ranging from slinky to slamming and vocals spanning enigmatic to emphatic.

As the album shifts between dance floor and brain food, it reflects on a world similarly in transition between two states. On the one hand, the planet faces depleting resources and a looming climate emergency; on the other, capitalism and consumerism are marching blindly onwards. As a result of this conundrum, there are many contemplative moments on the album, most notably with the world’s extinction echoing in the ambience of the final track “Did You Get the Message”.

Despite prevaricating between pessimism and optimism, “Third Light” is far from a depressing record. After all, Pitch Black are far from technological luddites, and just as their futuristic beats strive for a progressive future, so they hope for a more harmonious tomorrow.

All tracks written and produced by Mike Hodgson and Paddy Free.

A Doubtful Sound was recorded live at the Sebright Arms, London during the Dance Test Dummies session, Oct 2018

The One Ton Skank comes courtesy of Winston Campbell

Thanks to Lara, Rocket and Ruby for letting us take over the house to make the album; Louise for all your love and support; Matt for his endless help; Hamish, Chris, Lisa, Maggie, Ian, Pats and Terry for use of your ears; Philip Tremewan and the Festival of Colour for their support in the making of The Lake Within and the Rixon family for
allowing us to use John’s images.

Written and mixed in Piha, Aotearoa
Dub mixed in The Loft, East London

This album is dedicated to the beautiful maverick that was John Rixon, rest in power.